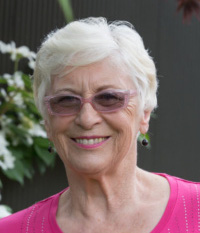 I had my first bout of ulcerative colitis in mid 1991, confirmed by a colonoscopy. I was under continual medication, including pentasa tablets and enemas, azathioprine and prednisone.

At stages I was in so much pain, that I had to have one of our dogs wake my husband to help me when I couldn’t get back to bed after going to the toilet.

In June 1994 I gave birth to our first child, the pregnancy was pretty horrific – with no control of my bowels. For no logical reason, my colitis disappeared when ‘my milk came in’.

After seven wonderful years of good health, in August 2001, my colitis reappeared. It was pretty mild initially compared to my first attack, but I still subjected myself to the usual medications – including Pentasa and Proctosedyl suppositories and the regular visits to local and Auckland specialists. A further colonoscopy was performed in September 2002.

As the time progressed, so did my condition, to the point that I was on 4 codeine tablets daily to help both with the pain and to slow down my regular (up to16-20x daily) visits to the toilet. Worst of all, was trying to explain to my children “why mummy pooed her pants” when I was taking them to school or out walking and why I couldn’t come on school trips.

In early 2003, a good friend of my husbands recommended that he take me to see Robin Rodgers. I had nothing to lose – but I must admit I was very skeptical.

I have had three visits with Robin since mid January 2003 and I must say that both my husband and I have been totally floored by the results.

My straight-after-the first healing session my health wasn’t that great, but I slept through the night for the first time in months. When I woke in the morning I could move, the pain in my back was gone almost completely, and the cramps at toilet-time had disappeared.

Since my first visit with Robin I have taken absolutely none of my prescribed medications. My pain has disappeared and I have passed no blood.

It is hard for other people to see that my health has improved, except for the pain relief and renewed energy, which can always be put down to mind over matter. But my husband and I both see the “no blood-in-poos”, and sleeping through the night etc.

I have still not finished my journey, mornings are still not the greatest time of the day with needing the toilet without a lot of warning but come 8.15am I am a normal person again for the rest of the day.

I visited my GP after my 2nd visit to Robin, to own up to what I had done. He was happy that I thought I was better but that he considered it was more likely to be a coincidence. I had sort of prepared myself for this and my reply was that ‘I had been too sick for too long, and with what was happening in my personal life with my Dad very sick with cancer and us not living in our own home at the moment, there was no way that I should be better, if anything I would have expected to be getting worse’. I also told him that I was not going to restart taking any of the medications I had been on, until I had given Aquarian Healing a fair go, like I had done with everything he had put me on.

Robin – I thank you from the bottom (whoops, perhaps not a good word) of my heart. Thank you for helping to give my life and my love for life back. I know that we aren't all the way there yet, but even if this is as far as we can go, I have a lot more independence than I have had in a long time. (Feb 2003)

Footnote from Robin: When Cheryll came for her next appointment I asked what the big bruise on her arm was and she admitted that she was back playing hockey and had been hit by a ball. She had not been able to play any hockey for the last year. Her husband has also booked in to the next module l Workshop